Host and Executive Producer of the Award-Winning Show, Bay Area Vista and CEO of Edwards Unlimited Janice Edwards is an award-winning talk show host and Emmy nominated producer, media coach, published author and an acclaimed contributor to community empowerment through her media work. She is the host and executive producer of “Janice Edwards’ Bay Area Vista”, which airs on CreaTV Sundays at 6:00 pm. “Bay Area Vista” is produced through her production company Edwards Unlimited. The show features community leaders, celebrities, non-profit organizations and issues of interest. Janice is also host and executive producer of the award-winning CreaTV show that she named, “Signature Silicon Valley”. Janice is a co-author of the international best seller Step Into Your Brilliance and a co-author of Quality Angles. She is featured in the book, African Americans of San Jose and Santa Clara County.

On February 16, 2019, Janice Edwards was inducted into the Black Legends of Silicon Valley Hall of Fame as the recipient of the Alexander-Green News and Documentary Award. Journalist Henrietta Burroughs presented the award and Helen Grays-Jones surprised Janice with flowers and a card. After receiving her award, Janice co-hosted the rest of the stellar event with Afrikahn Jamal Davys as other Black Legends were inducted, and the African American Community Service Agency received the Black Legend Community Organization Award.

For more than eight years, Janice served as Executive Producer & Host of “Bay Area Vista” and Community Relations Director at NBC BAY AREA, where she launched the show “Bay Area Vista” and the news segment “Community Focus”. “Bay Area Vista” received the American Women in Radio and Television’s (AWRT) 2007 Kudo award for best public affairs show and Janice was voted best host of a Non-news Program by AWRT and received a Kudo. Janice created strategic collaborations and groundbreaking community outreach for KNTV’s transition and rebranding from the 120th television market to the 5th largest market. Her additional awards include the 2008 Woman of Excellence for Advocacy (Woman of the Year Award) by the National Coalition of 100 Black Women, Silicon Valley chapter, the Caring Through Communication award from the American Cancer Society and accolades from NAWBO, the National Association of Women Business Owners –Silicon Valley, Healthy Silicon Valley, and Juvenile Diabetes Research Foundation. In 2006, Janice was recognized as one of 101 Women Making A Difference in Our Community. 100 Black Men of Silicon Valley, 100 Black Men of the Bay Area, and the Bay Area Black Media Coalition have also honored Janice for her work. Janice has served as a member of the Board of Governors for the National Academy of Television Arts and Sciences (NATAS) and was a founding board member of Friends of Faith, which provides stipends for women battling breast cancer. The organization was created by the late Faith Fancher, a courageous and inspirational KTVU reporter. Click here to watch the exclusive video.  Janice has also served on the boards of the American Heart Association and Junior Achievement of Silicon Valley and Monterey Bay. Each year, Janice serves as an emcee for dozens of events as part of her commitment to community empowerment and service to others. 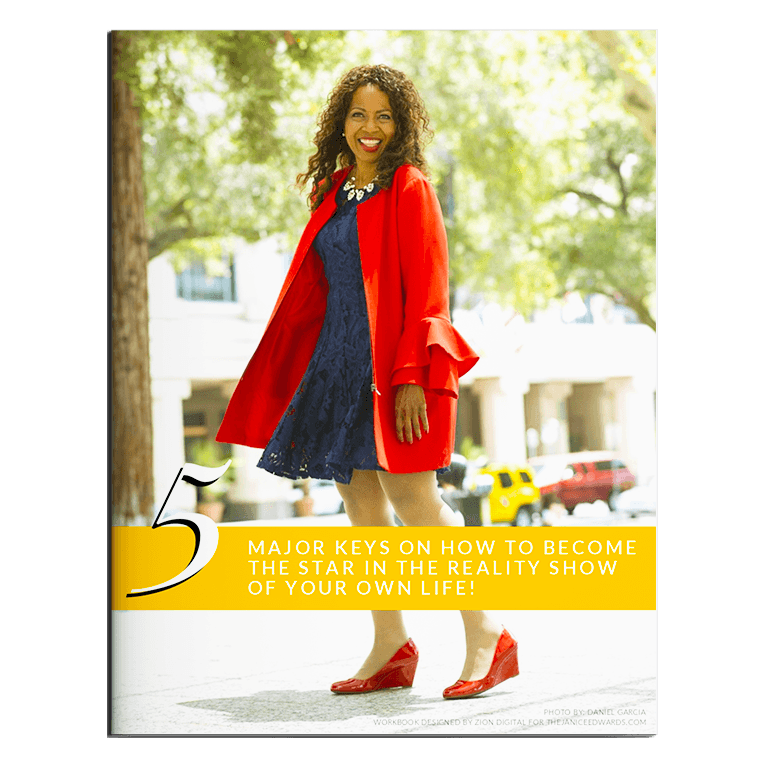 [Free Workbook] Download The 5 Major Keys On How To Become The Star In The Reality Show Of Your Own Life!

In this workbook, I will breakdown my most requested keynote to help you clarify your message to your audience.Make sure to enter your best details below!